Discover something new every day from News, Entertainment, Health, World and more!
Get
arasak
Sign in
arasak
Home World Why Did Religious Wars occure?
World

Why Did Religious Wars occure? 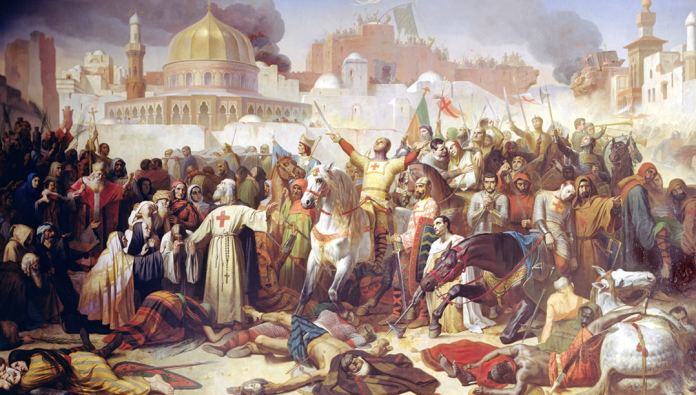 Religious wars are wars that arise because of the conflict of interests of different religious views. The general reason for wars is that the society of one religion aims to suppress people who believe in another religion or to spread its religion. Examples of this are religious wars seen in history such as Islamic conquests, Crusades, and French wars. Of course, under the name of the war of religion, the states have also respected their political and economic interests.

Christianity and the Crusades

Christians fought their war on behalf of God. Warrior troops are often given mobilizing names, such as the Soldiers of Christ and the Knights of Christ. Christian soldiers believed that God and the divine powers would help, because their war was in the name of religion. The Crusades are Christian wars that continued through the 11th and 13th centuries with the support of the Vatican because of the Pope.

The purpose of the expeditions is to seize the sacred places for Christians who are in the hands of Muslims, for example, Jerusalem and to stop the spread of Muslims in large areas. Augustinus is the first person to spread the Crusader Wars in Christianity and form the basis of the concept of religious wars. The concepts of jihad and gas that emerged in the 7th century in the middle ages are the concepts used in Islam in the name of religious wars.

Religious wars constitute about 7% of the 1763 wars mentioned in the War Encyclopedia prepared by Charles Philips and Alan Axelrod. 66 of these 123 wars are between Islam and Christianity.

These are wars called Thirty Years’ War. In the first half of the 17th century, German states were religious wars between the Polish and Scandinavian states. France has determined pure according to the process of the war. He fought with the Protestants, but he has a Catholic state structure. In other words, there are interests other than religious values.

As a result, religious wars in history; It can be initiated for purposes such as spreading religion, possessing venues considered sacred by the war-initiating party, as well as showing it for political and economic interests. The most important proof of this is that, as in the French Religious Wars, states go to war under the name of religious war and act according to their economic and political interests. Because none of the religions accepted as sacred made it necessary to start a war.

What should we wear when we are going to breakfast?

Everyone worries about what to wear when they go to breakfast, which usually starts at noon on the weekend, or for breakfast in an...
Read more