Discover something new every day from News, Entertainment, Health, World and more!
Get
arasak
Sign in
arasak
Home Entertainment Bergama is a good choice if you want to travel Turkey
Entertainment 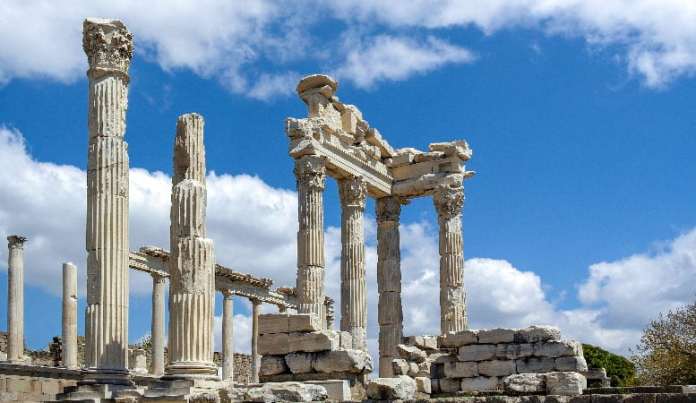 Izmir’s first, Turkey has 13 UNESCO World Heritage Bergama is home to many civilizations for years. One of the 7 churches mentioned in the Bible and the world’s steepest theater is located in Bergama.

Bergama, which has been a very big and magnificent city since its foundation, has been the capital of the Kingdom of Bergama and has been one of the important strategic points of many states in the following years. It was also an important science and culture center because it contained one of the largest libraries of antiquity.

Bergama, which has never lost its importance with its deep-rooted history and culture, has been hosting its visitors with the International Bergama Kermis since 1937.

Bergama is a district of Izmir, which has a coast on the northwest of the Aegean. It neighbors with towns such as Aliağa, Soma, Ayvalık and Dikili. It is about 100 km from Izmir city center.

When was Bergama not visited?

As in the rest of İzmir, the Mediterranean climate is dominant in Bergama. While summers are quite hot and dry, winters are warm and rainy. In winter, temperatures do not drop much. But it can be quite rainy. Therefore, the best time to go to Bergama is September-October or early April-May.

During these periods, summer heat is not much but air temperature does not fall below average. At the same time, it is not months that get a lot of precipitation. If you wish, you can enjoy the excitement of kermis by bringing your trip to Bergama Kermes every year.

In other words, Pergamon Ancient City was established in the center of Bergama. It is the capital of the Kingdom of Pergamum. Bergama Ancient City, founded on Castle Hill, has become one of the important commercial and cultural centers of the Hellenistic Period with its roads, monuments and squares. Bergama Library, which consists of 200,000 roll text, is one of the most important libraries of its period. It is also considered the home of the scroll.

At the top is Akrapol, the center of the city’s administration. It is now possible to reach the Acropolis, where you can see the entire view of the city, by cable car. Temples, Agora, theater, library are on this hill. The Altar of Zeus, which was also excavated here, is the best example of Hellenistic Architecture and Sculpting.

The theater on the acropolis has the title of being the steepest theater in the world. The 10,000-seat theater has 80 cruise lines.

On the terrace of the theater is the Athena Sanctuary, the oldest temple of Pergamum. Now, only the foundation of the temple remains.

In other words, Serapion is a temple thought to have been built in the 2nd century AD. The entire building was built of bricks. Since the studies on this temple are still not finished, the gods to which the temple is dedicated are not known.

The spa with two pools built during the period of King Eumenes is thought to be good for many diseases. It is also rumored that the beautiful queen Cleopatra was bathed in the waters of this spa.

The archeology museum established by the Ministry of Culture was used as a warehouse for historical artifacts that were excavated at the beginning. A mock-up of the Altar of Zeus, which is now on display in Berlin, is also located here.

Where to Stay in Bergama?

You can find many different options to stay in Bergama. If you want, you can stay in large modern hotels or boutique hotels that suit the historical texture of the city.

Bergama night life is quite calm compared to other resorts of Izmir. There are a number of bars and pubs in the area.

Sports is of great importance in today's people. There are big differences between people who do sports and people who do not. Before moving...
Read more
Entertainment

India is a country located on the Asian continent and known for its spicy cuisine. India is mostly veg-fed because there are more people...
Read more
Entertainment