Discover something new every day from News, Entertainment, Health, World and more!
Get
arasak
Sign in
arasak
Home Business Applications for Unemployment Salary Raised in America Due to Corona Virus
Business 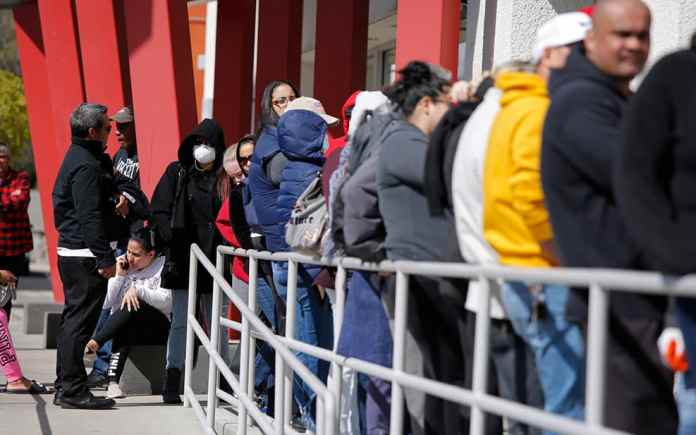 According to the information received from the American Labor Minister, unemployment benefits have seen the highest figure in the last 3 years. The business world was negatively affected due to the outbreak spread by the Kovid-19 virus. For this reason, citizens applied more than expected to receive unemployment benefits.

The US Secretary of Labor stated that they have reached such a picture in the history of the country for the first time so far, and the number of unemployment benefits registered since September 2017 has seen 220 thousand. However, this time the number of applications made in March 2020 has increased by 22 percent compared to the last 3 years.

In the first week of March, the number of applications made to unemployment benefits was 211 thousand people. According to the statistics and analysis reports, it shows that these figures will reach 300 thousand people by the end of March.

The Federal Reserve made some evaluations about the economy last February. When these evaluations were entered in March, they underwent changes and remained below the expected level. In the previous statements, while mentioning the positive developments regarding unemployment benefits, the course of the situation has completely changed.

US citizens complained that markets were stopped and layoffs due to an epidemic caused by the Kovid-19 virus. As such, the number of applicants to receive unemployment benefits increased day by day.

Although most of us have different expectations from cinema, we generally watch movies to spend a certain time in another world. Movies - even...
Read more
Business

Whether film festivals, whose existence within the cinema industry is indisputable, is artistically correct is a phenomenon that has been the subject of debate...
Read more
Business